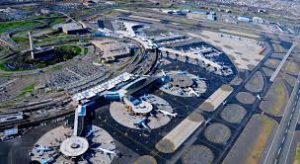 United Airlines had experienced a computer glitch on Saturday evening that stranded hundreds of people at Newark Airport.

Live at Newark Airport, KUSI’s own John Soderman gave an eyewitness account of the situation.

Soderman’s flight was postponed multiple times before being cancelled. Thereafter, he and his family were unable to catch a flight back to San Diego before Monday night. He was one of the many in this situation.

According to Soderman, the airline was initially unable to provide hotel accommodations or food vouchers to any of the stranded. Eventually Soderman and his family were able to get assistance and accommodations, but it continues to be a long wait until Monday evening.

United Airlines responded to the situation in a tweet that they had been experiencing a slowdown of the system responsible for transmitting data to their pilots prior to departure.

The airlines then added that they had been working to help each customer reach their final destination, and we apologize for this inconvenience.