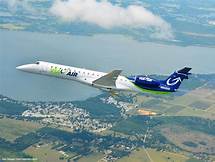 A plane filled with dozens of passengers is claiming ViaAir stranded them in a city 450 miles away from their destination and then denied them compensation.

Nearly one of the dozens of passengers, he and his wife bought round trip nonstop tickets on the airline to fly from Oklahoma City, Okla.

After a four-hour weather-related delay, the flight boarded and began taxiing on the runway. However, before takeoff, the pilot came over the intercom and told passengers they were making a stop in Tulsa, Okla. According to reports, the plane made the stopover in Tulsa because there was passengers already onboard the plane when it had been diverted to the Will Rogers Airport in OKC. The airline crew decided to drop those passengers off first before continuing to Austin.

Lenius told KFOR a flight attendant assured the passengers it would be a quick 45-minute turnaround to Tulsa and then to Austin.

Five-hours after the plane landed in Tulsa, the airline canceled the trip and – according to passengers – the airline crew on board told them to figure out another way to get to Austin.

Even though the passengers never took the nonstop flight to Austin they had purchased tickets for, Lenius said ViaAir would not reimburse their tickets.

ViaAir has an F rating on The Better Business Bureau site and a history of complaints from passengers claiming they never received compensation promised from the airliner for canceled trips.

ViaAir did not return a request for comment from Fox News, but VP of Flight Operations, Dominic Acevedo, sat down for an on-camera interview with the news crew from KXAN and claimed he did not know about the reimbursement issues.