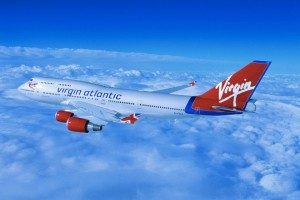 Six days before pilots working for Virgin Atlantic are due to begin a strike, the airline is seeking an injunction to quash the industrial action.

There are over 300 pilots working for Virgin Atlantic – about on third of the total – are members of the Professional Pilots’ Union, which has been seeking recognition from the airline for several years.

But the airline founded by Sir Richard Branson has continued to negotiate only with the British Airline Pilots’ Association (Balpa).

The pilots belonging to the PPU have voted to strike after Virgin Atlantic started negotiating with British Airline Pilots’ Association over a pilots’ Benefits Review, without consulting the PPU.

This review includes policy regarding cases of long-term sickness, enforced retirement from sickness, death in service payments and widow’s pensions.

The first strike is due to begin on 22 December and run to Christmas Day, with further strikes over New Year and in early January planned.  Initially Virgin Atlantic said that their absolute priority is to make sure that all customers can continue their journeys as planned this Christmas holidays, and they are working hard to protect all of their trips.

But a new statement suggests that, at one of the busiest – and most lucrative – times of the year, the airline is faced with making cancellations. A spokesperson for Virgin Atlantic said that they can confirm that they are challenging the threatened PPU strike action by seeking an injunction. We have taken this action reluctantly.

But the statement suggests that some flights are likely to be affected unless the injunction is successful in compelling pilots to work normally.  When the PPU called the strike, spokesperson Steve Johnson said that their door is always open to Virgin to take the necessary steps to prevent any disruption for Christmas travellers.

Virgin Atlantic has promised to share further details of its contingency planning on Monday. It could move some passengers to alternative departures, but in the build-up to Christmas most flights are very heavily booked.