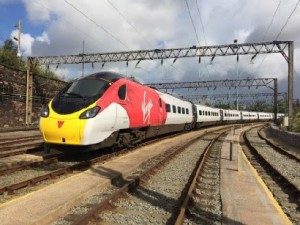 Virgin Trains is extending a summer promotion which has enabled thousands of people to cut the cost of a spontaneous weekend getaway by more than £100.

Customers travelling on Fridays will see afternoon peak restrictions from London Euston removed until October 26, eight weeks after the offer was initially due to finish this Friday.

The success of the promotion over the last six weeks has seen thousands more visitors flock major cities such as Manchester, Birmingham and Glasgow for a weekend break.

The mass getaway occurred during a summer of sun and celebration as England progressed to the World Cup semi-finals, the national basked in a heatwave and Love Island attracted record-breaking viewer numbers.

Sarah Copley, Commercial Director at Virgin Trains, said that, with more warm weather predicted in September, the extended promotion was a chance to keep summer going: “Britain’s had an amazing summer and here at Virgin Trains we’ve done everything we can to help people enjoy it. The nights may be getting shorter and the temperature gradually dropping but we want to keep summer going by extending this promotion and making spontaneous travel easier in September and October too.”

While the cheapest tickets are always available in advance, Virgin Trains’ promotion enables people who decide to travel on the spur of the moment to secure a cheaper off-peak ticket any time after 9.30am on a Friday, instead of waiting until the normal start of the off-peak period at 7pm.

For a customer turning up at Euston Station at 4pm and travelling on the next train to Manchester, this sees the cost of a walk-up fare drop by £125.55.

Despite driving up numbers travelling, the promotion has also led to a reduction in overcrowding by spreading passenger demand more evenly throughout the day.

Initial results from the promotion, which originally ran between July 20 and August 31 show that the most popular destinations for weekend travel were Manchester, Birmingham, Glasgow, Preston and Coventry.