Visa rules tightened by US for some European travellers 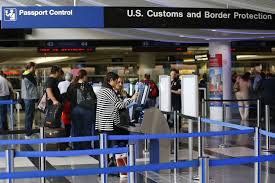 Certain changes have been made to the visa-waiver program by the Obama administration that would make it harder for travelers to enter the United States from Europe if they had dual citizenship from Iran, Iraq, Sudan or Syria, or had visited one of those countries in the last five years.

The Department of Homeland Security, which announced the changes, said they would take place immediately.

Those travelers will now have to go through the more rigorous regular visa application process to enter the country.

However, limited exemptions will be made for individuals who have to travel to any of the four countries as diplomats or for military service. Additional exemptions could be applied for humanitarian reasons or for journalists.

The visa-waiver program of US allows citizens, from about 38 countries, mostly in Europe, to visit the United States without a visa on trips of 90 days or less. About 20 million tourists use the program each year.

Tourists traveling to the United States under the visa-waiver program are routinely screened against intelligence databases to check for links to terrorism or for other security risks, but these checks are less restrictive than those made on travelers who must obtain a visa.

In December, Congress passed visa-waiver legislation that requires countries to share more information about travelers and authorizes the Department of Homeland Security to terminate any country’s participation in the program if it does not share the security data. The legislation would also strengthen efforts to detect and prevent passport fraud.