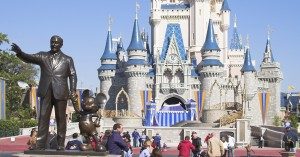 Walt Disney World, in Orlando, has more than 30 resorts to house guests on or near its property. Disneyland, in Anaheim, Calif., has three. But now Walt Disney plans for a fourth which has been put on hold.

The company has put plans for a luxury hotel in Disneyland’s shopping district on “indefinite hold” amidst a battle with city officials over $267 million in subsidies.

Walt Disney originally planned to build the 700-room facility at the north end of its property. But after a 20-year tax break, adding up to $267 million, was announced, it moved the location roughly 1,000 feet south. The city attorneys then argued that a hotel in the new location would not qualify for the subsidy.

David Ontko, chief counsel for Disneyland Resorts said that they have given them no other choice than to put construction of the hotel on indefinite hold as the resort reevaluates the economic viability of future hotel development in Anaheim.

The Anaheim City Council could vote to amend the tax subsidy ordinance or approve a separate tax break at the new location at an upcoming meeting, but since the original subsidies were approved, several members have joined the council who were opposed to those breaks, making it less certain Disney would get the incentives it hoped for.