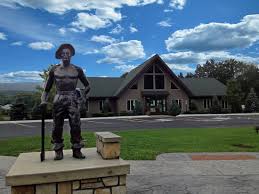 The economy of Warren County tourism has accounted for a record of $1.24 billion in total annual sales in 2017.

These tourism sales which represent a growth rate of 6.5 percent from the previous study in 2015. It was spurred by an influx in visitation, as the county welcomed a record 12 million visitors in 2017.

The study by Tourism Economics and the Ohio Tourism Division also reportedly showed tourism supports 11,666 jobs in Warren County, or approximately 10.4 percent of its total private employment. Those tourism jobs generated an estimated $285 million in wages and $148.8 million in federal, state, and local taxes in 2017.

Phillip S. Smith, President  & CEO of the Warren County Convention & Visitors Bureau said that the tourism has been Warren County’s number one industry for quite some time now, and its impact is only continuing to grow year after year. They are very fortunate to have a terrific array of tourist-friendly attractions, restaurants, shops and hotels in our region, and those attractions and the visitors they draw benefit the tourism industry all in many ways.