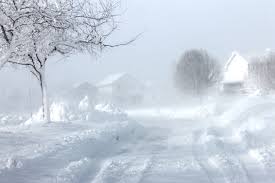 The winter’s first major Atlantic Coast storm begins and with it local governments and businesses have also started working on plans to weather the expected blizzard.

A monster storm moved north toward some of the US’ biggest cities after lashing parts of the South on Friday morning. About 30 million people are under blizzard watches or warnings which constitute roughly a quarter of the US population.

The first to get hit was Tennessee and North Carolina. Rain changed to snow earlier than expected in Nashville, Tennessee, the National Weather Service office there reported. Crews worked to clear runways at Nashville International Airport, where about 3 inches of snow had fallen as of 9:30 a.m.

Forecasts were calling for as much as 30 inches of snowfall in some areas, and thousands of flights had already been cancelled by Friday morning.

Washington DC should get hit harder as per forecasts. According to Mayor Muriel Bowser, snow should arrive there early Friday afternoon, with 2½ feet possible by the time the last flakes fall Saturday night. The snow will be accompanied by sustained winds of up to 30 mph and gusts of 10 or more mph stronger than that.

The National Weather Service extended its blizzard warning to include Philadelphia and New York City.

The massive storm has already dumped sleet or snow on the stretch from Oklahoma through Tennessee.

More than 5,300 flights have been cancelled Friday and Saturday, according to the flight tracking website Flightaware.