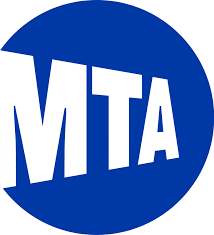 line will be performed on segments of the line in Brooklyn, when MTA New York City Transit’s FASTRACK program returns to stations between Lorimer St and Broadway Junction.

Notifications announcing the weeknight overnight work were posted in stations last week, and subscribers to

service updates were also notified last week. In order to minimize impact on the majority of customers and to give workers unfettered access to tracks, this work will be performed for four consecutive weeknights from 9:30 p.m. to 5 a.m. on July 9-13, July 16-20 and July 23-27. During those periods,

service will be suspended in both directions between Lorimer St and Broadway Junction, and free shuttle buses will provide alternate service.

service will operate in two sections: between Canarsie-Rockaway Pkwy and Broadway Junction in Brooklyn, (stopping on the

platform), and between 8 Av in Manhattan and Lorimer St in Brooklyn.

The MTA Subway Action Plan is a comprehensive plan to stabilize and modernize the subway system by attacking the key drivers of 79 percent of delay-causing major incidents, strategically targeting additional personnel and equipment to focus on critical parts of the system. Track and signal components are maintained and repaired, and massive amounts of debris are removed to reduce delay-causing track fires. The Subway Action Plan also focuses on improving communications to help customers plan their trips.

FASTRACK was introduced in January 2012, devoting four straight weeknights to maintenance work in tunnels, stations and on tracks by suspending service within a given line segment for a seven-hour period between 10 p.m. and 5 a.m. During each seven-hour period, an army of maintenance workers will take advantage of train-free access to the tracks to perform dozens of tasks that are vital to providing safe and reliable train service. These tasks include the repair and replacement of track, third rail, electrical and signal components, debris removal from tracks and under or around the third rail, and the repair of tunnel infrastructure. Improvements to stations include painting, platform work, and repairs to signage, lighting fixtures and ADA components.

“The unfettered track access of FASTRACK enables us to advance Subway Action Plan goals and minimize customer impact by allowing workers to do more in less time,” MTA Chairman Joseph Lhota said. “We are on an urgent path to stabilizing and modernizing the subway system and intensive overnight work will help us get there.”

FASTRACK schedules have been designed around the careful determination that there is adequate alternate means of transportation, including enhanced services along some bus lines, during work periods. Alternative transportation options will be detailed in announcements and posters on trains, in stations and on buses.

During this FASTRACK operation,

service will operate in two sections: between Canarsie-Rockaway Pkwy and Broadway Junction in Brooklyn (stopping on the

platform), and between 8 Av and Lorimer St in Manhattan.  Free shuttle buses will make all

line station stops between Lorimer St and Broadway Junction in Brooklyn. Transfer between