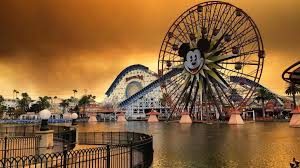 For the last two weeks, a wildfire has compelled a huge part of Yosemite National Park in California to close, with thick smoke covering its famous rock formations and clouding the summer travel season for one of the largest tourism economies tied to a U.S. park.

Steven Anker, 53, has witnessed business reducing by 80 percent at his Priest Station Café in nearby Groveland.”People come to Yosemite to see the outdoors. If the air quality is bad, they just won’t go,” Anker said.

Wildfires burning in the U.S. West have parched 5.6 million acres (2.3 million hectares) this year, taking in parts of other national forests, the National Interagency Fire Centre mentioned in its website. However, the Ferguson Fire in Yosemite has stood out as mainly destroying local tourism.

“The gateway communities around Yosemite are our top concern,” Caroline Beteta, president and chief executive officer of the tourism group Visit California, said in an email. “They are losing significant business during peak season.”

The area in and around Yosemite has the seventh largest tourism economy linked with a U.S. national park, with 4.3 million visitors spending an estimated US$452 million in 2017, as per the National Park Service.

As Beteta had no official estimates for the great deal wildfires have damaged tourism, the anxiety is that possible travelers alarmed by the blazes are cancelling trips. Almost 20 percent of visitors to California go to a national park, making them important drivers of tourism, she said.

Yosemite is about to reopen on Tuesday, though with limited hours and services, the park said on Friday. Spokesman Scott Gediman stated the fires have been contained away from the park, though smoke is still a problem at times