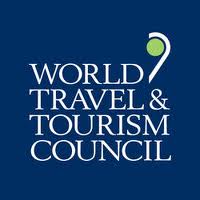 The World Travel & Tourism Council (WTTC) congratulates the Government of Brazil for adopting new policies that exempt tourist visas for citizens from the U.S. Australia, Canada and Japan during Brazil’s hosting of the 2016 Olympics, 1 June to 18 September 2016.

Brazil is a strong tourism economy, with 9.6% of the country’s GDP generated by Travel & Tourism, and supporting a total of 8.8 million jobs, 8.8% of total employment.

David Scowsill, President & CEO of WTTC, said: “WTTC would like to commend the Brazilian government on the move to exempt visas for certain key nationalities as this will boost the country’s inbound travel and benefit the economy of the country. Currently the country only receives 5% of its tourism income from foreign spending in comparison to 95% from domestic spending. UNWTO data shows that international visitor numbers have been static between 5.3 and 5.7 million since 2000, with the exception of the World Cup year of 2014. The country would benefit greatly from extensive visa waiver programmes to boost these inbound tourism numbers.”

Scowsill added: “This is a great step for Brazil, to trial visa waiver programmes with these four countries in the period of the Olympic Games. However, in order for the country to see any long term economic and social benefits from this exemption, we would encourage the Government to extend these policies after the Olympics have finished.”